Transfers from Sofia to Pomorie and returns from Pomorie to Sofia. Pomorie is a town and seaside resort in southeastern Bulgaria, located on a narrow rocky peninsula in Burgas Bay on the southern Bulgarian Black Sea Coast. It is situated in Burgas Province, 20 km away from the city of Burgas and 18 km from the Sunny Beach resort. The ultrasaline lagoon Lake Pomorie, the northernmost of the Burgas Lakes, lies in the immediate proximity. Pomorie is an ancient city and today an important tourist destination.

The transfer from Sofia to Pomorie or from Pomorie to Sofia includes car rental with driver, fuel and tolls. The price for the car is fixed and is for the whole car (up to 4 passengers). You can order transfer by reservation form. We will contact you for details and confirmation. 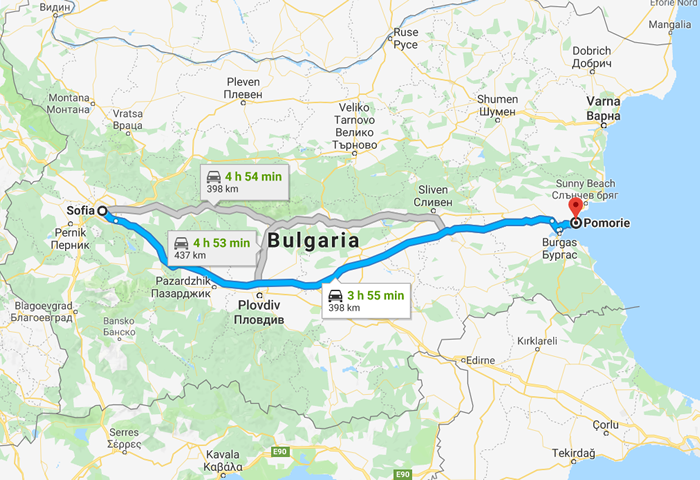