Transfers from Sofia to Burgas and returns from Burgas to Sofia. Burgas is the second largest city on the Bulgarian Black Sea Coast and the fourth-largest in Bulgaria after Sofia, Plovdiv, and Varna. Burgas is situated in the westernmost point of the bay of the same name and in the eastern part of the Burgas Plain, in the east of the Upper Thracian Plain. Burgas is located 389 kilometres (242 mi) from Sofia, 272 km (169 mi) from Plovdiv, and 335 km (208 mi) from Istanbul. Today the local port is the largest in Bulgaria adding significantly to the regional economy. Burgas also hosts annual national exhibitions and international festivals and has a vibrant student population of over 6,000 that add to the city's appeal. The historical society also maintains open-air museums at Beglik Tash and Develtum.

The transfer from Sofia to Burgas or from Burgas to Sofia includes car rental with driver, fuel and tolls. The price for the car is fixed and is for the whole car (up to 4 passengers). You can order transfer by reservation form. We will contact you for details and confirmation. 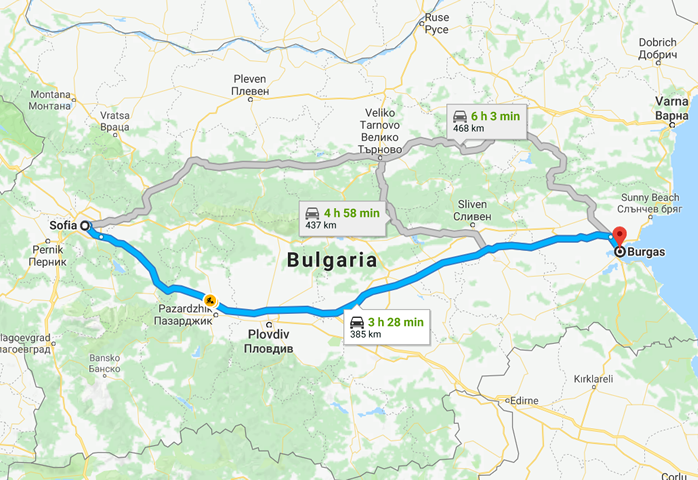